Motorcycling is an alternative relationship with a personal machine that, like pop art, combines mass-production and handcraft. We -- as enthusiasts -- desire to experience all of it. 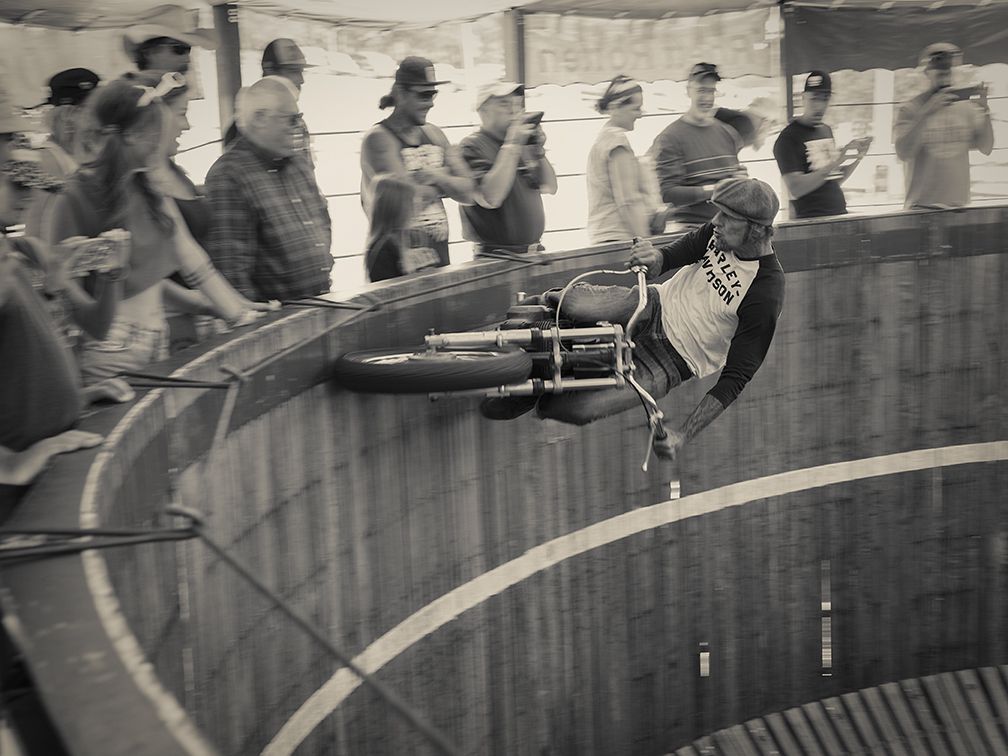 Looking at motorcycle counterculture documentary photography, I can’t help feeling it's impossible to underestimate the influence of the motorcycle in pop-culture.

Where is the authenticity? Has it been appropriated? And by whom?

Has it become surreal? A mirror of itself and its celebrity?

Is it… the different kind of rebel, the icon of freedom, the daredevil, the American idol, the modern-day cowboy? All of it, or none of it? 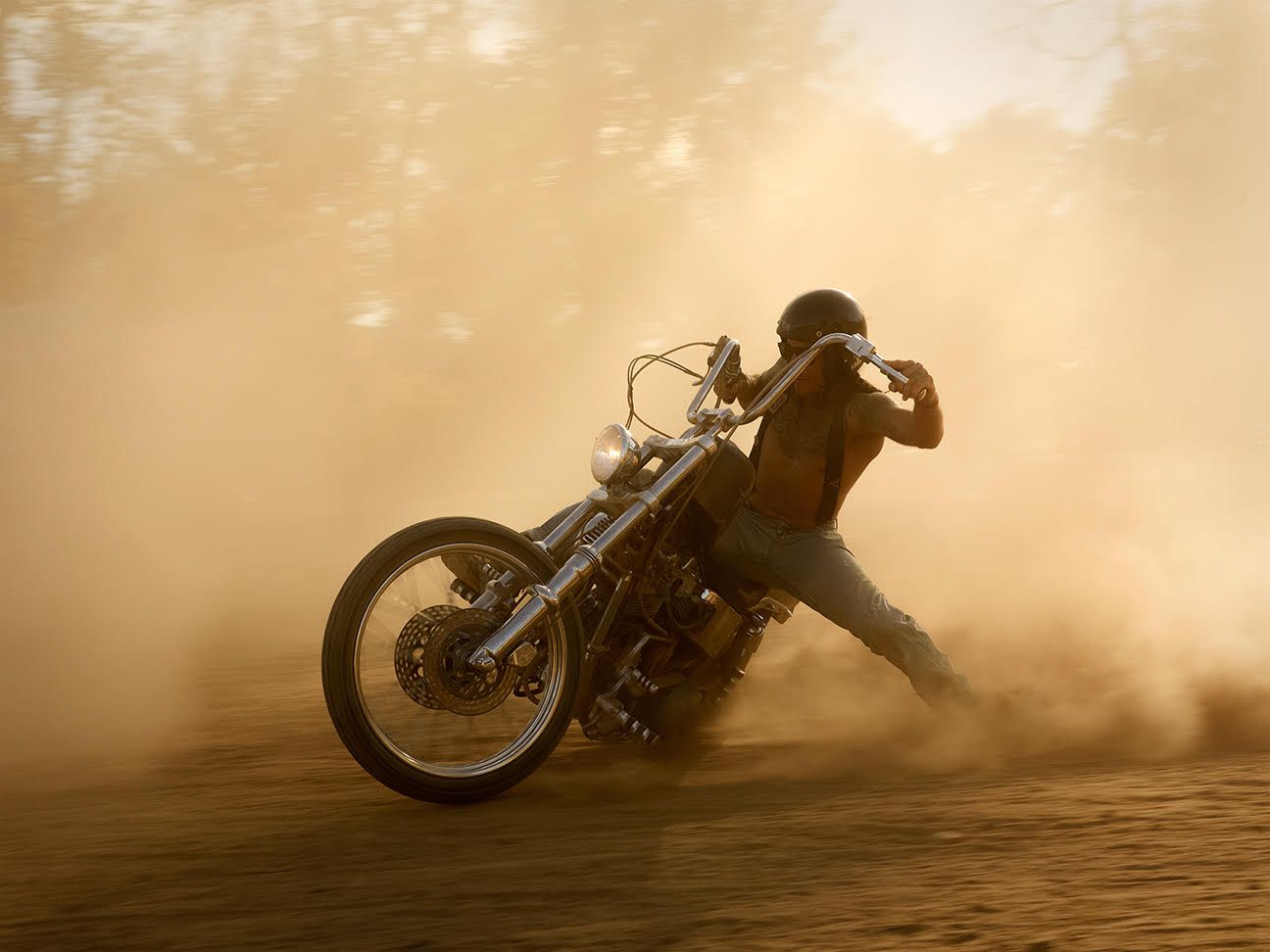 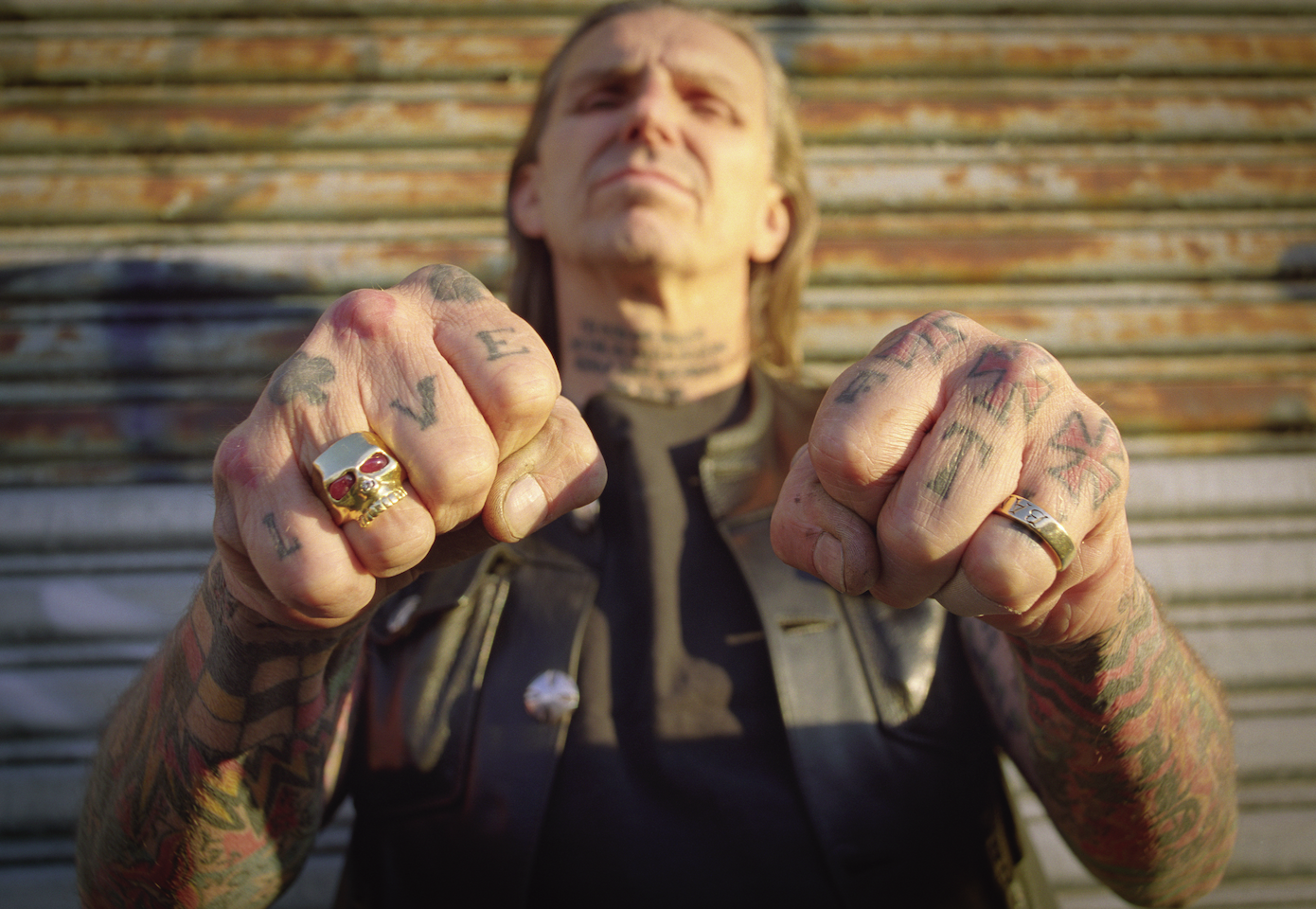 "I met Indian Larry in Sturgis. I had recently moved to NY and he told me to come by the shop and meet everyone."

Originally from Calgary, now based in New York, Bryan Helm is a real-deal motorcycle rider/photog who lives with one foot in advertising photography and the other in documentary photography.

Helm records motorcycle counterculture with his special powers of observation and his camera as the back-stage pass.  Originally, what started during a first motorcycle trip to Sturgis in 1998, this exhibit carries through the kid-in-the-candy-store view of motorcycle Americana, with special guests Indian Larry, Paul Cox, Billy Lane, and more, captured in their natural habitat: chrome, gas and leather. 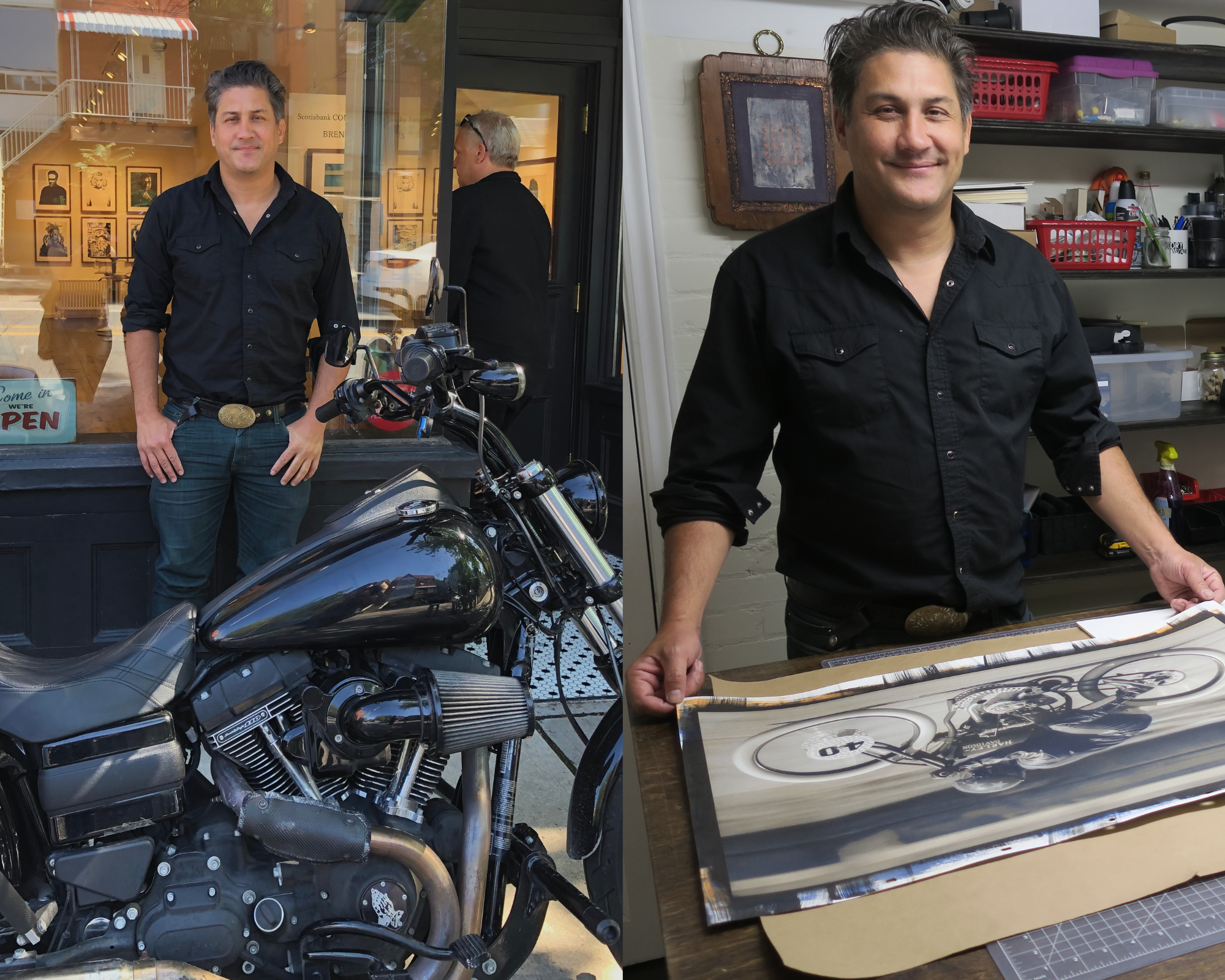 Real and surreal visual strategies are layered in too: “Brian Ewing, is illustrating over two of my photos in his style”. Helms affectionately refers to Ewing as “the other Brian”, one of punk-rock music's most prolific poster-makers. 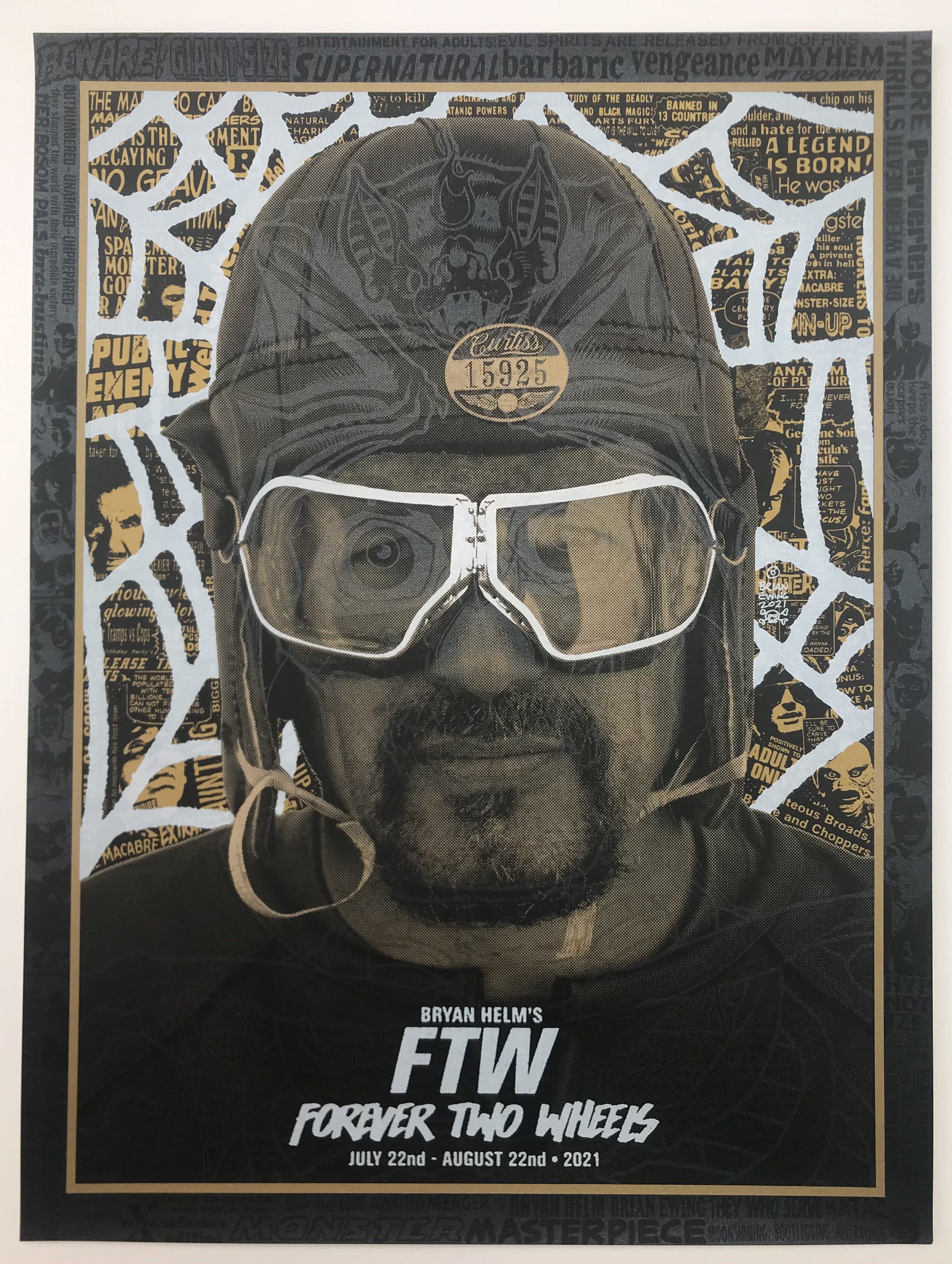